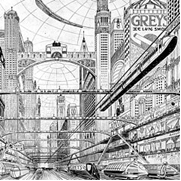 Artists of various urban futures are fond of envisioning the easy movement of people and goods as a visually exciting urban benefit. We see crowded, yet free-flowing shoulder-to-shoulder sidewalks, sweeping multi-layered elevations serving every possible land use linked to a landscape capable of moving everything from the produce from a 24/7/365 vertical farm to thousands of colleges students from class to internships across regions.

The visions such as the image (above) presented on the Foster Foundation’s website have begun to meet the technology needed to implement an extraordinary integration of movement with architecture. Three broad questions must be answered to establish a foundation in which these vital parts of urban design successfully unite.

I write to get really good at it. View all posts by Rex Curry

This site uses Akismet to reduce spam. Learn how your comment data is processed.